Easing out of summer

I've mentioned before that you can already taste fall in the air - mostly in the evening. But you can see it in the garden as well, with the plants that are going strong. 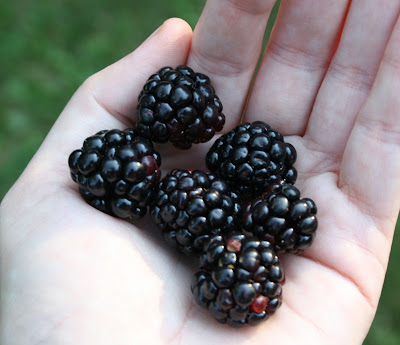 I'm happy to say that despite losing a few to fungus, I'm going to get a decent amount of blackberries this year. And just look at the size of them! This is the Loch Ness variety, known for its big berries and thornless vines (if only the raspberries were the same. These ones are very juicy, but very tart. They almost bite back! I won't get enough to make jam, but maybe next year if the plant keeps going as strongly as it has. 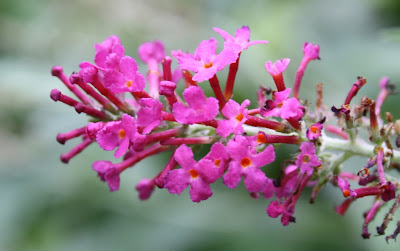 The Butterfly bush is another sign of summer winding down. I think she likes the cooler nights. i get a few blooms in July, but come August/September, she really starts to shine. 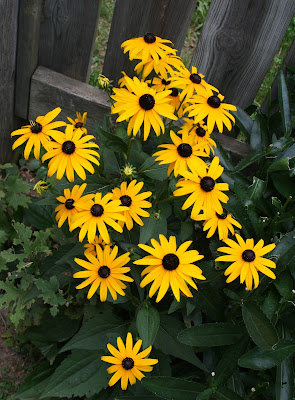 To me, the biggest sign of impending autumn are the Black-Eyed Susans. The go strong in late summer and shine all the way to October. 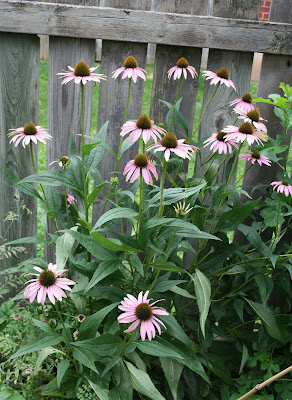 The Echinacea will go well into fall too. 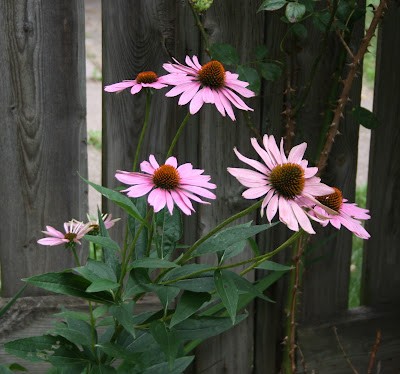 Hopefully the Ruby Star coneflowers do just as well. I'm still a little dissapointed that they are almost indistinguishable from the Echinacea (AKA purple coneflower). The only difference I can see is that the Echinacea's petals tilt down.

I planted quite a few new coneflowers this year including white, yellow with red, orange and yellow, but so far the one that has bloomed is.. 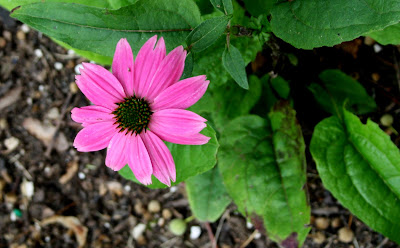 Pink! But at least its more pink than the "Ruby Star" 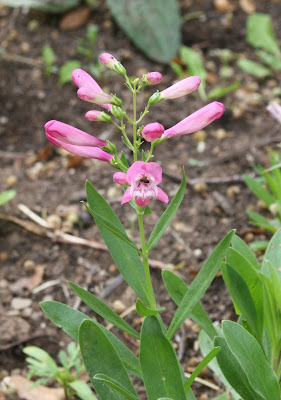 The Beard Tongue I bought on clearance is blooming again. I hope it makes it through winter. It's a pretty little dragon-looking plant. 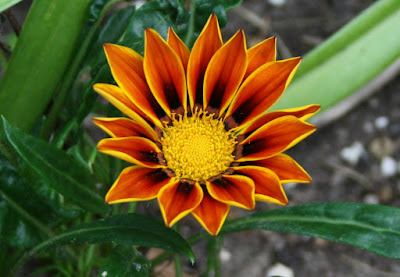 I planted several of these African Daisies (Osteoperemum), and I'm tempted to dig them up before the frost. They can't over-winter outside, but I might just be able to keep them going until next spring as a house plant. 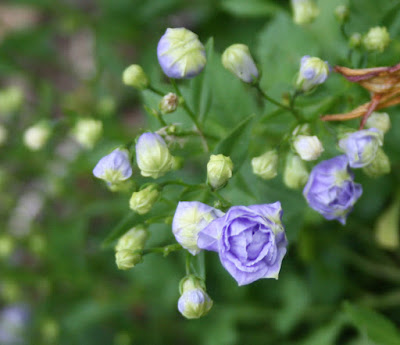 My double bloom Campanula is FINALLY blooming. It's one of the first plants I bought when I moved here. I'd never seen a Campanula like it. When opened fully, the blooms look like little blue roses. It started life in the tree garden. It came back the next year, but I could tell it wasn't happy, so I moved it to the Little Bee Garden. There it did ok, but it's blooms never opened up. This year I moved it to the front garden, where it only gets a few hours of sun. It seems MUCH happier there, so there it will stay. 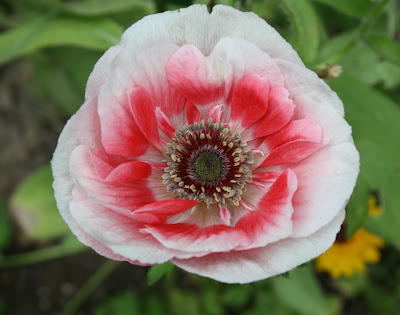 And that lovely impostor Anemone has opened fully. Last years Anemones didn't make it through winter (not sure if it was the cold or squirrels that got them) but I really hope these ones do. The blue ones are lovely - but this one is just AMAZING!

What's amazing you in your garden?
Posted by Wanderingcatstudio at 12:00 AM

So many pretty colors!!!!

I know it sounds funny, because our temperatures during the day are still in the mid-90s, but you actually CAN feel that fall is on its way. The light in the afternoon is different and we have had a couple of pleasant evenings where the temperatures weren't quite so high and there wasn't so much humidity.

Magnificent blooms! You certainly had a bumper crop of beauty this year.

Wow! Hard to pick a favorite out of these blossoms! I really like the Campanula but the African daisy has the most amazing petals!

Oh your blooms are amazing! The cosmos here and an old clump of yellow flowers in the back are giving us some color. My sisters yard iN minnesota, was amazing . Just got back. I want those lantern flowers now in her yard